At Health Poverty Action, we believe that an end to the so called ‘war on drugs’ is an essential step in the struggle for global justice. Governments spend at least $100 billion per year implementing prohibitionist drug policies – a figure to rival the global aid budget. Yet as time goes on we are no closer to creating a ‘drug free world’ and the undeniable harms of the so called ‘war on drugs’ continue to stack up. From poverty, poor health and violence, to environmental degradation, land grabbing and social injustice, the effects of repressive drug laws are more far reaching than the drugs themselves.

In many ways it has never been a more exciting time to be surrounded by activists and organisations working in drug policy reform. The so called ‘war on drugs’ is crumbling. Nations around the world are beginning to recognise the harm prohibition brings not only to drug users but the communities who depend on drug cultivation and supply for their livelihoods. The movement for legal regulation is building momentum with New Zealand the latest to look towards legalising cannabis consumption.

Given this, HPA was proud to be attending the four day biennial conference which represents the main global forum for the exchange of information at the intersection of human rights, public health and drug policy. It attracts over 1,000 international delegates, including service providers, policy makers, UN officials, researchers, advocates and networks of people who use drugs, among others. This year, the 26th conference was centred around the theme of ‘People before Politics’ which spoke to Harm Reduction International’s commitment to embrace health, lives and dignity rather than conservative or moralistic political dogma, which has historically shaped the so called ‘war on drugs’.

On the first day, delegates were invited to an opening ceremony chaired by HRI’s executive director, Naomi Burke-Shyne, in which we heard from a number of world-renowned policy experts and politicians working at the intersections of public health, drug policy, human rights and development. This included Michelle Bachelet, United Nations High Commissioner for Human Rights and Dr Raquel Duarte, Portuguese Secretary of State for Health.

Naomi Burke-Shyne began with an emotional tribute to all those who have lost their lives to prohibitionist drug policies: “the end of any life brings sadness but when it is so unnecessary – these deaths are preventable, and caused by stigma and unjust drug laws – words cannot properly capture the heartbreak and anger”.

UN High Commissioner for Human Rights and former Chilean President, Michelle Bachelet, continued this thread drawing attention to how ‘the war on drugs’ is “driven by the idea that crackdowns on people who use drugs – or who are involved in the trade of drugs – will make drug use go away”. But the reality is that “repressive policies have actually impeded” human rights and public health centered approaches to drugs.

Over the course of the next few days, I joined activists, academics and NGO organisations in mapping out the current issues facing drug users, policy makers and stakeholders engaged in drug policy reform. I attended a number of panel presentations, dialogues and informal discussions which illuminated how the so called ‘war on drugs’ has failed to bring about an end to drug production, trafficking or consumption and has in fact created immeasurable harm on communities both inside and outside the drugs trade.

On Monday, we were privileged enough to hear from Christine Montenegro, a lawyer and activist from the Philippines, presenting a harrowing picture of the massive human rights violations and extrajudicial killings committed against alleged drug users and those involved in the drugs trade since the election of President Duterte in 2016. Over 12,000 people are estimated to have been slaughtered in the Philippines drug war some of whom were government officials, mayors and vice-mayors with whom the President had reportedly experienced political conflict.

In addition, we heard from a number of policy experts, legal professionals, and activists working on the death penalty for drug offences globally. Giada Girelli from Harm Reduction International presented a global review which showed that while the number of drug related executions had decreased worldwide since 2015, there are concerns that a rise in populist arguments for the use of capital punishment for drug offences is taking hold in a number of countries from Indonesia to the United States of America. 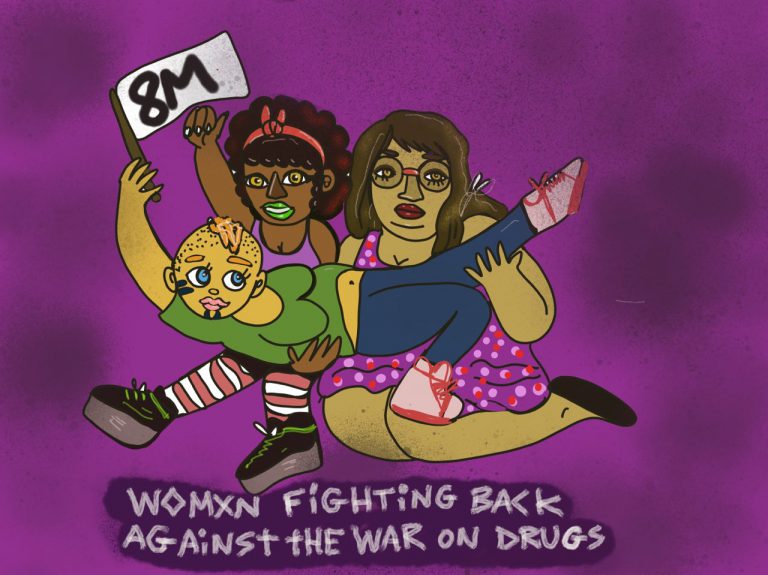 Although often overlooked in drug policy discourses, women are regularly disproportionately affected by the so called ‘war on drugs’. I was lucky enough to engage with a number of advocates and academics, including Women in International Harm Reduction and the International Network of People Who Use Drugs who are committed to ensuring drug policy reform centres a gender justice approach. Whether highlighting the disproportionate burden of  drug policies on women and their families, or the poor level of harm reduction service provision for women who use drugs, the conference provided a perfect opportunity to explore how decriminalisation and legal regulation of the drugs trade could improve the lives of women who use drugs or are involved in low levels of the drug trade. 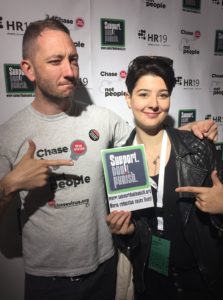 I was delighted to meet up with our colleagues and close friends from IDPC who organised a number of meetings exploring how civil society organisations can influence international actors and advocate for progressive drug policy at the United Nations. Ann Fordham, Executive Director at IDPC, gave her insights on the 2019 UN Ministerial Segment and the recently released UN Common Systems Position on Drug Policy, which both provide exciting opportunities for advocacy in the future.

Finally, I was excited to meet other activists and organisations preparing for the Support Don’t Punish Global Day of Action. This year, Health Poverty Action will be supporting the Anyone’s Child Mass Lobby in Westminster as a part of the day of action.

If you would like to learn more about influencing drug policy and would like to gain skills in parliamentary campaigning, please get in touch with Lauren Tapp by email at [email protected] as we are planning an activist training day very soon!

If you would like to learn more about the conference and watch some of the recorded sessions you can find them on the Drug Reporter facebook page!