Health Poverty Action and the All Party Parliamentary Group for Drug Policy Reform held a cross-party debate in parliament yesterday to hear from the political parties about their positions on drug policy as a key driver of global poverty and to discuss Health Poverty Action’s two latest reports. The event was attended by policy makers, parliamentarians and experts from ten countries.

The co-chairs of the APPG for Drug Policy Reform – Crispin Blunt MP, Jeff Smith MP and Baroness Molly Meacher issued the following a joint statement at the event:

“The report by Health Poverty Action on the corrosive impact of drug war policy on poverty and inequality throughout the world should be a wake up call to all governments around the world. In a recent government statement the UK described itself as a global leader, based on evidence, in tackling drug harms. Far from being a global leader in this respect, it has stood by while the war on drugs has laid waste to the environment and civic institutions alongside causing human rights abuse and threats to public health across the global south.

“The cost of enforcing the war on drugs is far in excess of $100 billion. This rivals the global aid budget of $146 billion. Moreover, the HPA report comprehensively shows, that international development is severely impeded by war on drugs policies. If the government is serious about being a global leader in tackling drug harms a strong cross departmental approach is necessary which assesses clearly where international aid needs to be directed and also critically examines where departmental policy in drugs, trade and security is undermining international aid efforts. The evidence is overwhelmingly that the war on drugs has been a catastrophic disaster and reference to this evidence base should be central to government international drug policy. We call upon the government to exercise global leadership in leading us away from current harm promoting policy.” 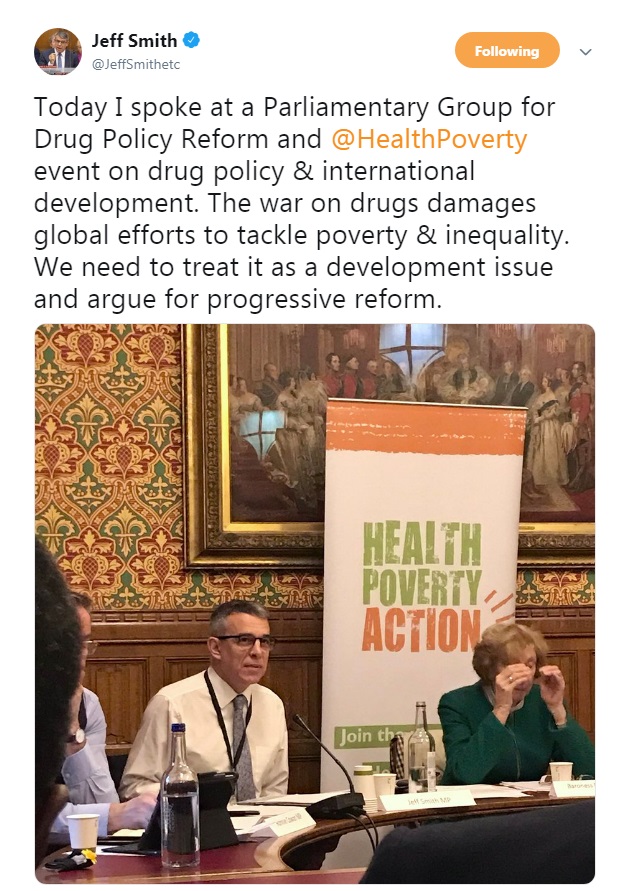 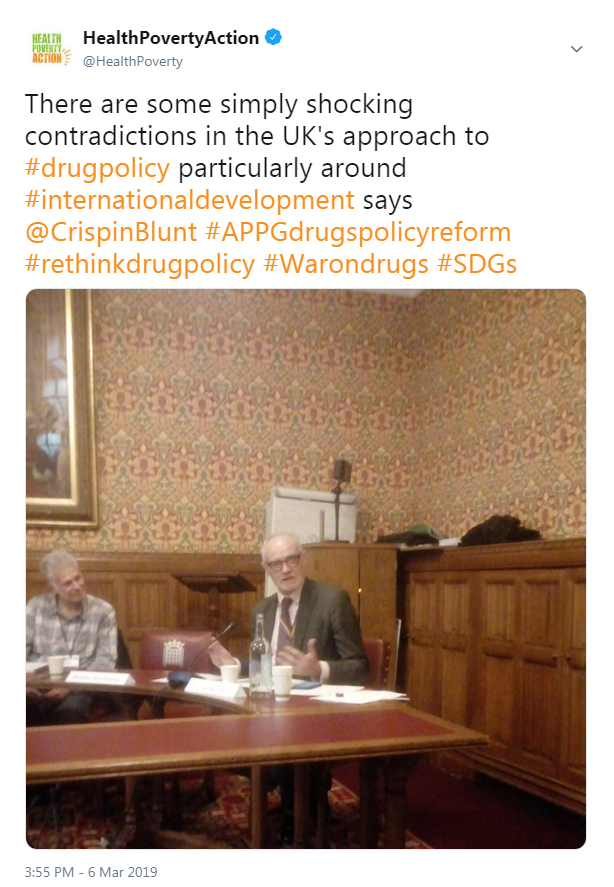 Notes to press:
Please contact Johanna Rogers for more information or to arrange an interview [email protected] or 07969 083 371