Health Poverty Action works in the Bombali and Karene districts in the North of Sierra Leone, in solidarity with some of the most rural and remote communities, supporting them to access healthcare. During my trip I meet Issa, a 22 year old Community Health Worker, who started working with Health Poverty Action in 2018. We meet in his small and quiet village – miles from the nearest health facility. This is a significant barrier when most people don’t own a vehicle or even a bicycle. 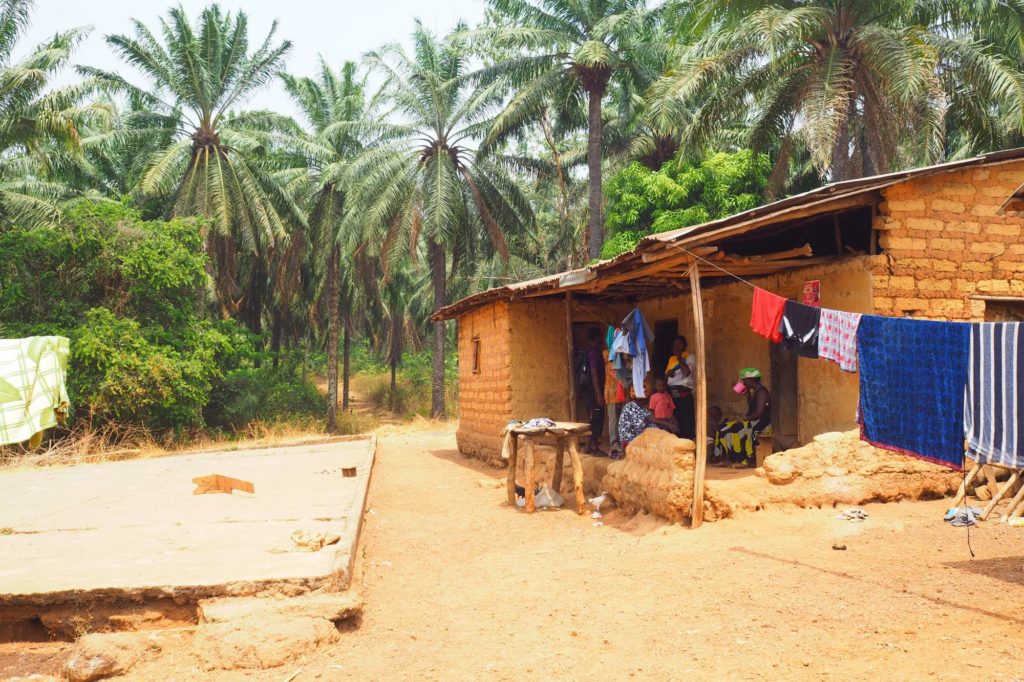 At Health Poverty Action, we believe in supporting and strengthening the health systems that already exist in a country. Community Health Workers are selected through an official government scheme, which aims to bring health expertise and knowledge to remote communities living far away from the nearest health centres. Their role is to promote health services in their villages and to spread health and hygiene knowledge. They are the health champions of their communities – but they often lack the skills to address every health challenge they face.

Malaria is one of the biggest causes of death and illness in Sierra Leone, with children under 5 particularly at risk. This is why, with funding from Comic Relief, we are providing Community Health Workers like Issa with training on malaria prevention, diagnosis and treatment, as well as diagnostic kits and medication. 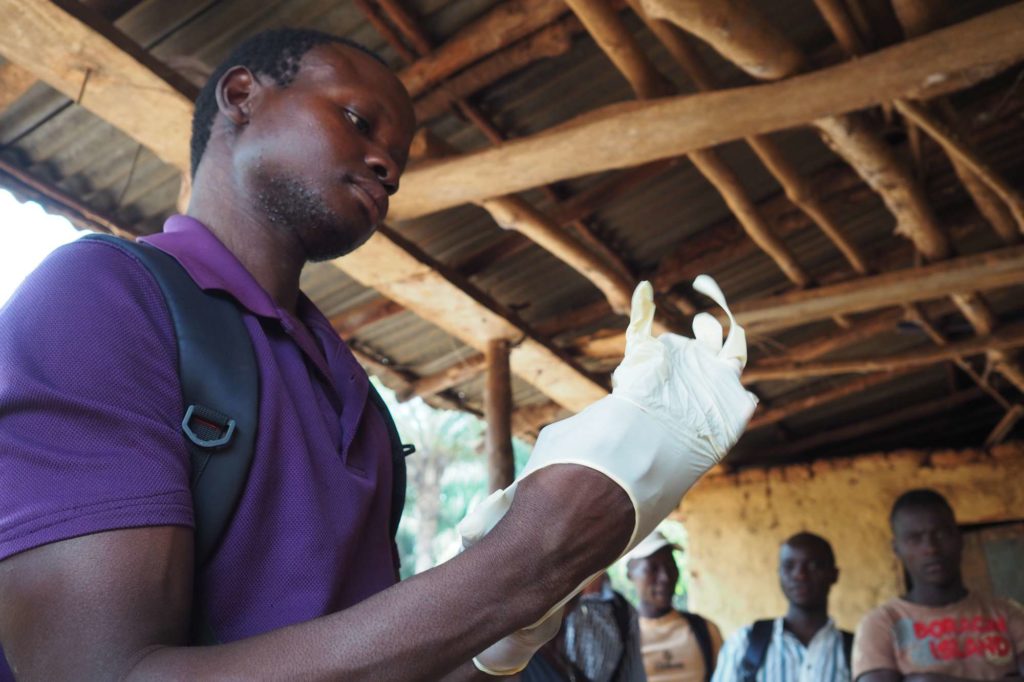 Community Health Worker, Issa, puts on his gloves in preparation for conducting a malaria test.

Issa explains to me his procedure when diagnosing a young child:

The day I meet him, Issa is going to check up on a child in his village who he treated for malaria just a few weeks before. I join him to go and meet the family, and learn what happened.

“We have a child in our village called John. He fell sick, and all over his body was very warm. His mother rushed to me to explain the problem.”

Issa immediately noticed the child’s very high temperature. He asked how many days John had been sick, and the mother replied that it had been two days. Although John had eaten and drunk water, he had vomited each time. Issa decided to do a malaria test.

“I took gloves and did the test. It came back positive for malaria, so I gave him the treatment directly. In the morning I went to see John to check up on him. By the evening, when I was sitting on the veranda of my house, I saw him walking happily. I went straight to the mother and asked her what medicine she had given to John. She said ‘I only gave him the medicine that you gave me!’ I told her to continue giving the medicine.” 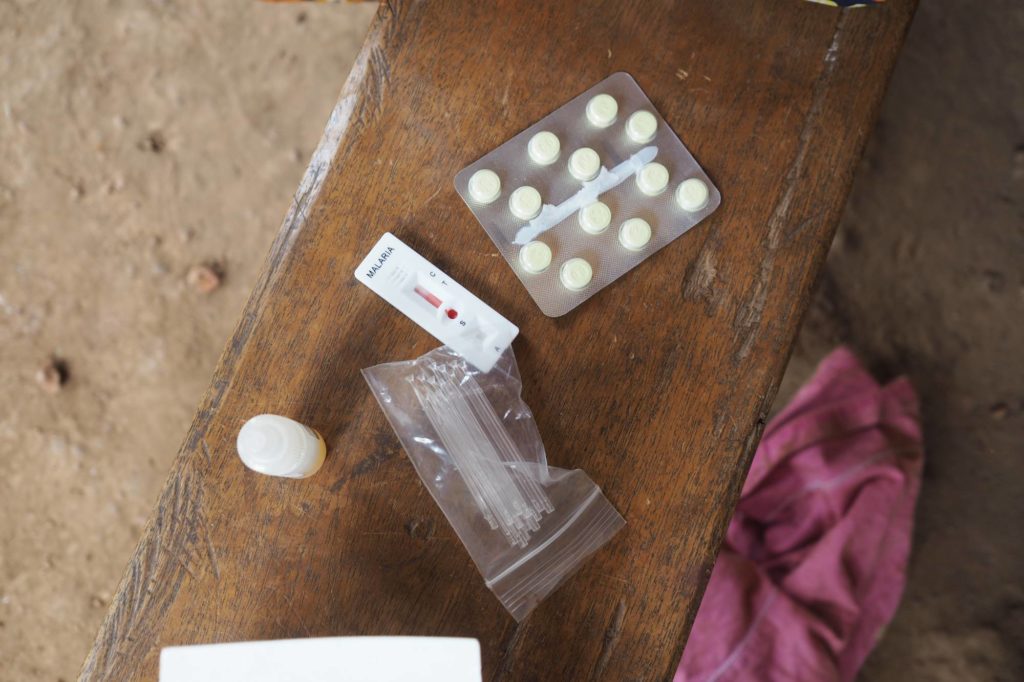 John’s mother, Fatu, is incredibly grateful to Issa. She fears what would have happened if she had been forced to walk several hours away to the nearest hospital. She tells me,

“I feel good that I got help from Issa. The child was in poor condition. If I had carried him to the hospital it would have been a problem.” 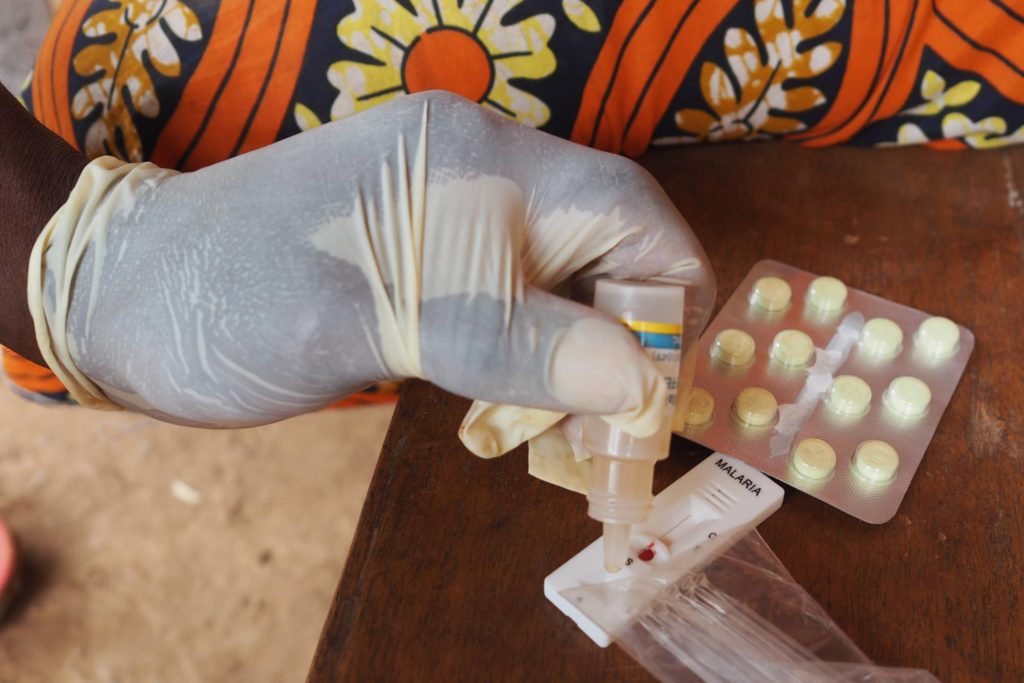 Issa adds the chemical testing fluid to the blood sample to test for malaria.

It is now several weeks on, and despite John’s recovery, we learn that today John is once again feeling unwell. Issa decides to act with caution, and do another malaria test to be sure. He takes out his diagnostic kit. The test is quick and easy to do – all that is needed from the patient is a small drop of blood. He adds the chemical testing fluid, and within 10 minutes we have a result. Fortunately, John is malaria free. Issa reassures Fatu, and promises to come and check on John over the next few days. Fatu tells me,

“Any advice I get from Issa is the best advice! In the future I want my children to learn and be educated. Let them become doctors, because medicine has saved my child’s life.” 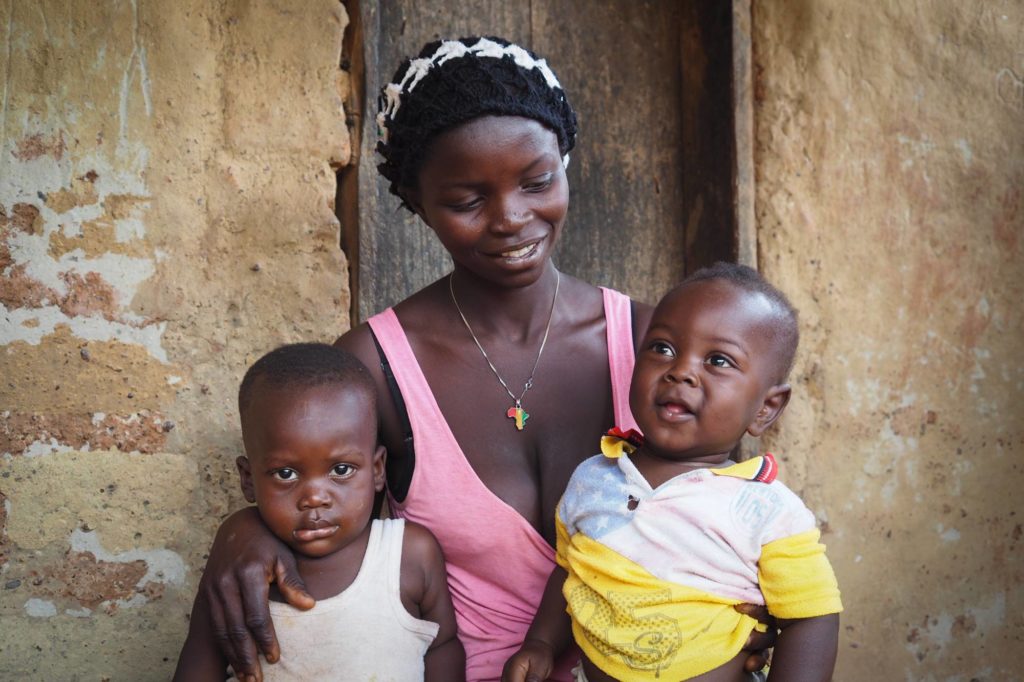 Fatu sits with her two children. John, who has just been tested for malaria, is on the left of the image.

Issa has great pride in his work, and it is clear that he is widely respected in the community. His skills are making a real difference.

“I want to save lives in my community. Before I got this training, people in my community did not understand – they thought malaria was a demon attack. Through training, I was given lots of knowledge. I called my community after the training, and we all sat together. I told them, any time a child is sick, let me know. I live in the community, and in the morning hours I go round the village and ask them ‘how are you doing?’

There has been lots of improvement. For example, malaria – I have gone around to show them how to hang a bed net, and how they should tuck it under the mattress. I have even told them how to take care of their compound so they don’t attract mosquitos. Through the training from Health Poverty Action, knowledge has grown.”

Issa puts a great deal of love and care into his work as a Community Health Worker. It is this daily dedication from Issa, and others like him in communities across Sierra Leone, which is turning the tide on malaria, preventing its spread, and saving lives.